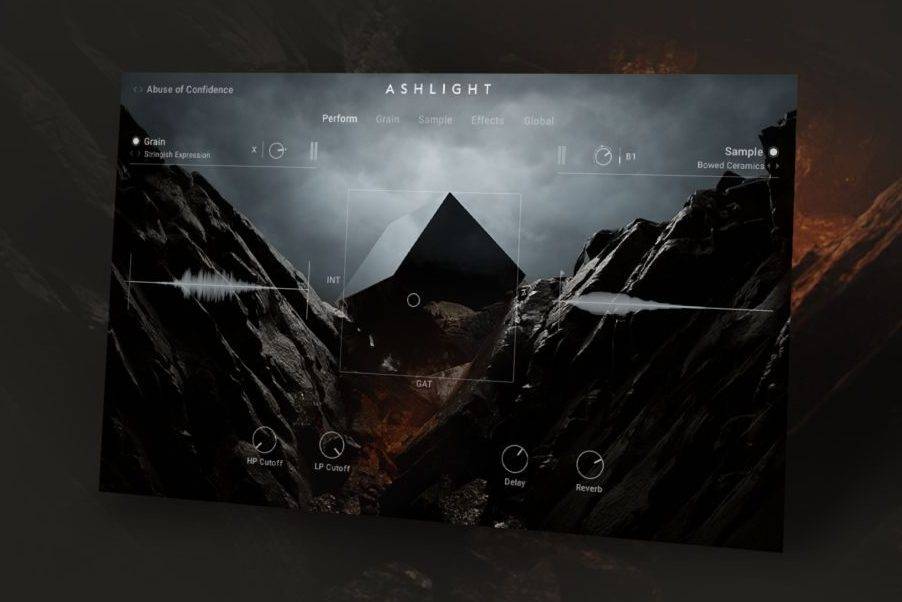 Gloomy textures – deep tones.
Native Instruments Ashlight is a virtual tool for creating cinematic textures.
Native Instruments is releasing a virtual instrument Ashlight, which was developed in collaboration with Frank Elting and Amsterdam-based sound design agency The Solos, who worked on the films Predator, Glass, Mad Max: Fury Road, Creed, Goal Number One, Game of Thrones and others. The plugin is designed to create cinematic textures and offers many settings to get a unique sound.
Native Instruments Ashlight is based on a granular sound engine with a variety of sound sources, including carbon bows, metal containers, a waterphone, feedback loops, cymbals, synthesizers and field recordings. Users can also upload their own samples to the engine. The program provides a set of many ready-made presets, as well as additional processing effects (filters, equalizer, diley, reverberator, etc.). To control the sound, the plugin has height/tone adjustments, an XY modulation matrix, a pulse response section, intensity and time modulators, a specialized grain module, gain options and many other settings.
Each sound layer of the Ashlight preset used can be processed independently. It is possible to use the effects of the program in the form of assignable macros, and any parameter supports the assignment to MIDI keyboards for live control.
Immerse yourself in the underworld of breathtaking atmospheres, pulsating bass textures and memorable keyboards. Explore complex timbres in a truly unique library of samples designed specifically for the distinctive ASHLIGHT engine.
ASHLIGHT completes the granular trilogy with monochrome soundscapes, pulsating textures, intricate solos and a cool atmosphere. It combines a specially recorded library of grain-based samples and sample playback modules in a powerful engine with intuitive modulation controls for varying intensity, from sound buildups to introspective keyboards and wall-shaking sound.
Bow friction on metal, carbon, ceramics, glass and more – ASHLIGHT is the product of an obsessive study of unconventional sound sources that can be explored, transformed and blown up to epic proportions. Sources of multi-layer granularity, including waterphones, cymbals, feedback loops, and synthesizers, are included in more than 360 sample sets in the ASHLIGHT library. In an extensive sound design process, the features of each sound source were investigated and 300 presets were created.