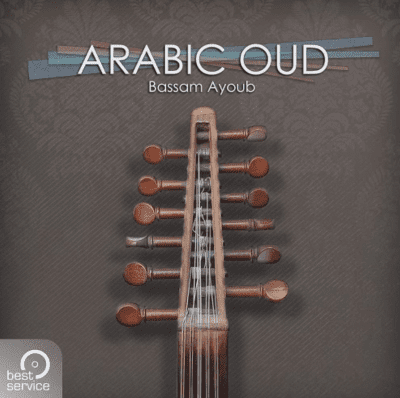 Arabic oud sound library for Best Service – Engine 2.8.0.58 sampler
Many thanks to Gordon Shumwау (Team VR) for the decrypt key for this library

Installation
Copy the file 0000040F from the keys folder and place it along the path C:\ProgramData\Best Service\Engine\keys
Register the library with any key (6 by 6 blocks), for example: 000000-000000-000000-000000-000000-000000
Additional Information
Arabic Oud – “The Queen of Instruments”
Awaken the Sound of the Arabian Nights
In Arabic music, the Oud is considered one of the oldest musical instruments; in fact, in the Middle East it plays an important role in musical tradition. Although the origins of this instrument are uncertain, the popularity of the Oud has spread across the Mediterranean, North and East Africa and the Middle East, where it is still very popular to this day. In the Western World, the Oud is probably best known as the forerunner of the European lute.
The Arabic Oud Library was created in close collaboration with the renowned musician and Oud virtuoso Bassam Ayoub. Bassam Ayoub performed and recorded all playing variations with the main emphasis on achieving an authentic sound, both for melodic playing and rhythmic accompaniment.
The Arabic Oud offers breathtaking 39 articulations with velocity layers and up to 8 Round Robins and brings one of the oldest string instruments to life right under your fingertips. The versatile sound spectrum, which extends over a total of 3 recorded instruments, can enrich any kind of music and the integrated microtunings are very appealing to professional Maqam performers! Because of its wide range of playing styles, the Arabic Oud is ideal for both studio and live performances.
Download Arabic Oud