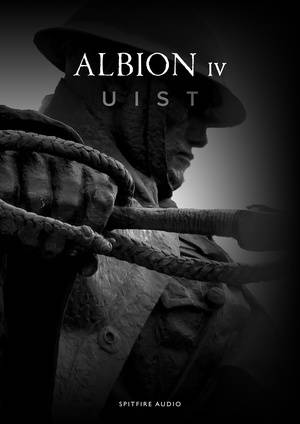 Further reading
Part IV of the widescreen range of composer’s tools that give you everything you need to make modern film music out of one box. Albion IV presents large ensembles playing over 800 unique and extraordinary atonal, aleatoric and “progressive” articulations. Presented alongside an epic collection of nearly 200 warped orchestral hybrids powered by the eDNA synth engine. UIST plays true to the Albion range in that it is recorded in large epic cinematic orchestral ensembles; Strings High, Strings Low, Winds High, Winds Low, Brass High and Brass Low all playing these expertly crafted “progressive” techniques. With everything arranged to interlock between sections. As these ensembles are recorded via the finest vintage valve and ribbon mics to tape in the hall at Air Studios, Albion IV is designed to integrate seamlessly with both the rest of the Albion range as well as the BML and Definitive ranges also recorded in the hall. Matching the spirit of volumes 1 though 3 we have then taken these unique recordings and have warped them into a broad selection of trailblazing hybrid sounds. These vary from organic orchestras from another place and age to screaming synths and widescreen pads. There is only one way we could present this “Stephenson’s Steam Band IV” section of UIST and that as a cartridge for our amazing eDNA engine. Which will enable to morph your listener’s world from that of orchestral order to utterly warped disorder!” Ben Foskett and I have worked together on about 20 scores, not only is he an awesome orchestrator he and I share the same musical aesthetic. Namely discovering the beauty in experimentation and exploration. He probes every avenue of an instrument until, out pops a opera singer or a euphonium…. but from a cello? As a brass player himself his woodwind and brass couplings are something very special. He was commissioned for a piece at the proms a couple of years ago, I attended the Albert Hall to watch this premier and instantly knew Spitfire needed to work with him!” C. Henson.SPITFIRE PRESENTS ALBION VOLUME #4The Scottish Isles of North & South Uist (pronounced you-issed) are part of the western isles. Beaten by the tempestuous forces of nature they reside in a part of the world where great masses of land grow hulk-like out of an inky charcoal sea. This is an awesome landscape, in its scale, its fearful and still isolation but also its sudden and unexpected fury. Albion IV is by far our darkest anthology and possibly our most ambitious project yet. With six months being spent just on preparation, an entire week of 12 hour days in the hall and an entire 6 months of post production, we took creating the next instalment of our most popular range very very seriously. Albion IV is a carefully crafted selection of extraordinary playable articulations, long evolutions, motions, textures, hits, effects, clusters, stabs, stings… the list goes on. A.IV is not an aleatoric library. Our decorated set of players had literally bible’s-worth of intricately orchestrated material from the Ben Foskett. His great experience and success creating contemporary concert music offers a contribution to this project that provides us with an extraordinary set of recordings. A key here is the crossfading dynamic layering, providing a playable set of tools, to fit in with your composition, to be varied and diverse enough not to dictate to you how to write. The sheer number of articulations presented represents a need to record such detail born of the impossibility of being able to create these sounds within the box, with samples. It is impossible to represent these ideas to directors and producers so here is a set of tools that provides you with those capabilities whether it be used for adaptive computer games music, mystical fantasy movie horrors or thrillers. Or indeed to add a rarely heard avant garde edge to your TV scores. FEATURESA band of over 60 of the finest orchestral session musicians playing the finest, rarest instruments, recorded at Air Studios – Lyndhurst Hall, London, through vintage, valve, and ribbon mics to 2″ tape. We do this not for a ‘vintage’ sound but to give you the ultimate amount of ‘richness’ missing in so many sample libraries. We are the only tape based orchestral library in the world. This is all you need to write epic sounding, widescreen cinematic orchestral music straight out of the box. Recorded in large epic cinematic orchestral ensembles; Strings High, Strings Low, Winds High, Winds Low, Brass High and Brass Low. We have captured a staggering 800 unique “progressive” articulations with everything arranged to interlock between sections. GUISTHE OVERVIEW PANEL
Gives you a quick and easy way to access, view and load the different articulations, mic mixes and essential controller functions which you can then re-assign to suit your workflow. GENERAL CONTROLS PANEL
A deeper but still simple UI panel that allows you to tweak the general settings. How many round robins you would like and how you would like them to behave. How would you like memory to be organised alongside pitch options and how velocity works. EDNA ENGINE
Over the last seven years Spitfire – in partnership with Blake Robinson – have been creating some of the most intuitive and ingenious scripts, simple to use GUIs and attractive front ends. A year ago, we wiped the script clean and set about creating a monster of a new script engine. This we call eDNA. Two sets of sounds can be used in conjunction with the eDNA engine to quickly, dramatically and awesomely create a new audio experience for the next generation of music makers.
Download Albion IV Uist